Mike Rigby, CEO of MRA Marketing, says it’s a marketor’s dream to create demand so strong that everyone thinks of buying at the same time. Now the dream’s come true. 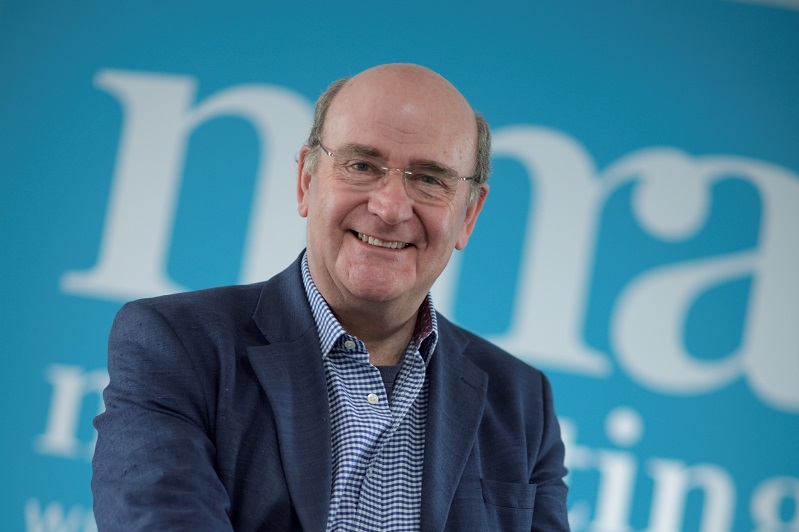 I was speaking to two leading building material suppliers a couple of months ago about the RMI market. It’s flying they said, but we’re not clear where such strong demand is coming from or what’s causing it.

We live in an unsynchronised messy world, where it’s normal to see a mix of companies expanding or contracting, while most are neither expanding nor contracting but continuing as they were.

Growth in the economy, in construction, and in mature markets is usually modest. Two or three per cent up is a good year, two or three per cent down a bad one. The economy is basically the sum of all our behaviours, but growth is rarely the result of everyone buying a little more or a little less. Usually, it’s the net effect of those doing more minus those doing less. In a BMBI report, for example, a 2% growth in sales may be the net effect of 28% selling more, and 26% selling less. The remaining 46% of merchants selling the same as before don’t influence growth at all.

In fact, it’s extremely hard to get most people to do anything at the same time as everyone else. Ask the Army how long it takes a squad of civilians to learn to march in step! We’re hardwired to do our own thing in our own time, as the desire takes us, so getting everyone to think of something and act on it at the same time is quite rare. That’s why we’re in awe when posts or videos go viral on social media. But that’s what the Government did last March without intending to. Sending everyone home and telling them to stay there and shutting swathes of the economy at the same time in Lockdown 1 started to synchronise our behaviour. When they let us out and repeated it in Lockdown 2 and again in Lockdown 3 it synchronised the desires and behaviour of millions of homeowners.

Confining people to home focused them on the shortcomings of their properties and how small and unsuitable most homes are for staying in for long periods of time. Few homes were built for full time occupation. Experiencing all the flaws, restrictions and inconveniences close up and having the time and money to fix them, prompted millions to improve their homes at the same time or think about moving. Paint sales and DIY almost immediately boomed. It was a watershed for DIY which hasn’t looked back.

With money coming in and entertainment, eating out, holidays and travel ruled out, enforced savings accumulated an additional £160bn by June 2021, creating a total nest egg of £250bn. Not everyone benefited. But everyone who did seems to be trying to spend it at once. Much of it is going on improving the comfort, space, and facilities of their home, or moving to find the space to live in more congenial surroundings.

Merchants and suppliers are run off their feet and BMBI statistics show spectacular increases. The spending tsunami has yet to impact significantly on internal categories such as kitchens and bathrooms, but external trades have rarely had it so good. Quality external installers of hard landscaping for example, where sales have soared, are booked until Spring 2022.

People ask when will things return to normal? A year is long enough for attitudes, priorities, and behaviours to change permanently, and a lot of evidence suggests that it’s unlikely things will revert to the old normal. Although it doesn’t suit all people or companies, and there will be a significant knock on, hybrid flexible working from home and the office is here to stay.

Forcing the country into lockdowns and necessary precautions for over a year has synchronised the experience of much of the population. It’s synchronised their desire to improve, as well as synchronising the means to do something about it.

So, living space is a higher priority, and homes and housing are higher priorities. That’s why house prices are rising at record levels and RMI spending is sky high. Given it is what ‘everyone’ wants, it’s likely we’re now in a new era where markets, investment and capacity will gradually adjust to the priorities of this new normal.

If you’d like help synchronising demand for your brand, email mike@mra-marketing.com.

NB: This article was first published in the Builders’ Merchants News.

April Construction Update from BEIS
The Pulse: Strong expectations for the next six months
Positive start to the year for plumbing and heating merchants
2022 off to a good start as BMBI reports strong January sales
Say goodbye to your traditional sales team